Quotes from
Beyond the Blurb 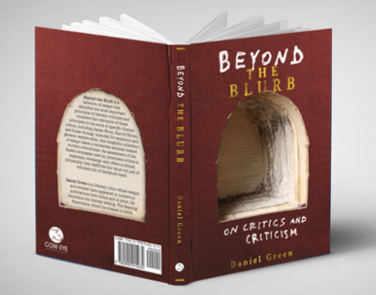 "The greatest challenge to the efficacy of criticism is posed by what is called 'experimental' literature, although this challenge also allows criticism to demonstrate its importance in mediating among writers, readers, and literature as a whole." - Introduction.

"Attempting to explicate a work of fiction by leaping first of all to plot or character or any other imposed device rather than considering the way such devices are conditioned by and embedded in language ignores the very medium through which literature exists, as if a work of fiction was really just like a movie aside from those pesky words." - Part 1. Critical Issues.

"Perhaps only the proliferation of independent presses has allowed 'intelligent writing' to persist, since the big publishers appear not to consider at all the value of making such writing available, which arguably some publishers in the past did, out of a sense of obligation to literature. There are no indications that anyone in today's 'book business' feels such an obligation. The notion that they ought to no doubt mostly seems absurd." - Part 1. Critical Issues.

"There are indeed some very good literary blogs offering worthwhile criticism, but on the whole the literary blogosphere has become largely an echo chamber for book business gossip, pseudo-literary trivia, and the establishment perspective. Literary blogs have become not an alternative to the established critical order but part and parcel of it." - Part 1. Critical Issues. 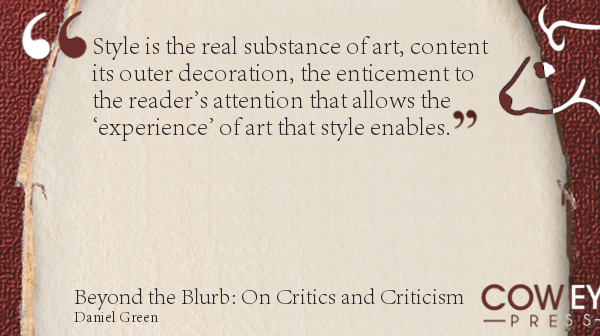 "Ultimately the most disconcerting thing about How Fiction Works, and about James Wood's criticism in general, is that while Wood on the one hand expresses near-reverence for the virtues of fiction, the terms in which he judges the value of fiction as a literary form implicitly disparage it. He doesn't want to let fiction be fiction. Instead, he asks that it provide some combination of psychological analysis, metaphysics, and moral instruction, and assumes that novelists are in some way qualified to offer these services." - Part 2. Critical Failures.

"Our current literary culture could certainly benefit from more books like [Michael Gorra's] Portrait of Novel, books that avoid both the intellectual trendiness and abstraction of academic criticism and the undisciplined impressionism of popular criticism. We need popular criticism to be more than biographies overstuffed with trivial details of writers' lives at the expense of greater understanding of their work, an understanding conventional biographies simply can't provide." - Part 3. Critical Successes.